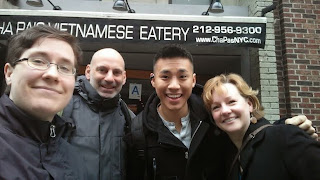 Since I started this job eight years ago, I've been absurdly, ludicrously lucky in so many different ways. Not only have I managed to make a good living doing what I love, not only have I managed to commission and design the software I use for a fraction of what it would normally have cost to develop it, but I've found some seriously incredible people along the way.

I first learned of Norma Miller when I was still in steno school. Her blog, Now Norma Knits, was mostly focused around her knitting projects, but back when I spent most of my free time obsessively searching for steno blogs, a post of hers on the captioning work she used to do for the BBC came up, and I devoured it. She continued blogging intermittently about her work, and about the student she was captioning through medical school at the time, and then I knew I had to contact her. See, when I was a little kid, I was obsessed with all things medical. The Anatomy Coloring Book was my favorite coloring book, and I would spend hours pretending I was in medical school, making up tests and quizzes and homework assignments for myself, and then even more hours filling them in. At the time I figured that if I wanted to study all that weird, gross, glorious stuff for real -- anatomy, physiology, pharmacology, microbiology, and all the rest -- I'd have to become a doctor when I grew up. For various reasons, I eventually realized that actually becoming a doctor was not going to be my calling, but I still had that intense hankering to be a fly on the wall in medical school, and there Norma was, literally living my dream. I sent her some fan mail and we struck up a correspondence that kept going after I graduated steno school and went into business for myself. When I landed a remote captioning contract with a medical school a few years later, I realized I wasn't going to be able to handle it all myself (since I also had a few onsite clients at the time), so I got in touch with Norma and asked if she was up for pitching in. That led to me eventually giving the entirety of the contract over to her a few years later (as my onsite clients demanded more and more of my attention), and a few years after that, we began to talk about setting up the first realtime captioning firm specifically dedicated to serving medical, dental, veterinary, and pharmacy students and professionals. That, of course, became White Coat Captioning, and it's a fairly new enterprise, but already going strong.

Rewind a few years. Remember how I mentioned that my onsite clients were demanding so much of my time? I was the sole captioner for two art schools in the City, with new students who needed captioning coming in all the time, and I wasn't sure what to do. I couldn't cover all of it myself, but I didn't want to give up the contracts to another firm unless I could trust them to hire only solid, reliable, fully qualified providers. Unfortunately there wasn't anyone I knew in NYC who fit the bill. There was Jennifer Bonfilio's excellent company Coast 2 Coast Captioning out in New Jersey, but she had too many of her own clients to be able to do much work in the City. I didn't want to have to start my own company, since I've always been a sole proprietor by nature, but I knew I'd have to find someone to help me out in a hurry or risk putting my clients in a terrible bind. In a sudden and wonderful stroke of luck, I got a phone call out of the blue from a captioner named Cory, originally from the Bronx, who'd recently moved back to the area. He'd been doing television captioning for decades, but was looking to move into Brooklyn and switch to CART, and he wanted to know if I had any advice for him. We met for lunch one day and immediately hit it off. He was humble, honorable, and razor sharp. Most importantly, though, he could write beautiful clean realtime, and he could write it fast. He was also a lifelong reader, which I've found is the single best indicator of whether someone's cut out to do CART or not. I happily offloaded some of my excess work to him, and in a few years, he decided to start up his own NYC-based firm, Access Captions. Because he's been doing this work for most of his life, he knows the difference between a court reporter and a realtime captioner. He knows how to hire people who can interact respectfully and professionally with clients. Best of all, he's able to train people up from newly minted rookies into seasoned pros. Like any true captioner, he's a detail-obsessed perfectionist in the best possible way, and he's now running the firm I wish I could have sent my clients to, back before he first got in touch with me. He came along in the nick of time, and I honestly have no idea what my work life -- or the general state of academic CART in this city -- would look like if he hadn't.

Okay, back to 2010 again. I'd been working on getting The Plover Project off the ground, and (again, as a result of staggeringly good luck), I'd managed to find someone with a PhD from the MIT Media Lab to build the software for me. As Plover took shape, I started blogging about it, and a hotshot polyglot linguistics major from Seattle named Stan Sakai, who had taught himself pen shorthand on a whim, wound up stumbling onto my blog. He downloaded Plover, gave it a try, got instantly hooked, and immediately found himself a student version of Eclipse (since Plover wasn't quite ready for prime time at that point) and a Gemini steno machine. Over the course of the next year, he practiced night and day, and finally got up to 225 words per minute without having ever set foot in a steno school. He graduated with his Bachelors Degree, registered a DBA as Superlative Realtime, started doing CART at the University of Washington, got his CSR, RPR, and CCP certifications, and finally buckled under my insistent pestering to come out here and help Cory manage the huge amount of work that Access Captions had landed by that point. Always the adventurer, Stan packed his bags, found a roommate in Hell's Kitchen, and flew across the country. In the few short years that he's been here, he's worked at the UN, wowed tech firms and coding conferences with his white-hot realtime, and is currently whupping unbelievable amounts of butt while captioning an intensive German class. I couldn't have designed a better poster boy for the Plover Project if I'd tried.

Now Cory, Stan, and I are all here in NYC, covering as much onsite CART as we possibly can, alongside Cory's other contractors. Norma is holding down the fort in Vermont, with her medical-specialist captioners scattered all over the country, and the two of us are slowly but surely building up White Coat Captioning's client roster. We've all known each other -- or at least have known about each other -- for almost a decade now, but last Saturday was the first time we all had a chance to meet up in person. I'm just so unbelievably happy and grateful to have found colleagues like this. Whenever I send them work that I can't cover, I know with absolute certainty that they'll handle it brilliantly. And if at some point I ever get stuck in the doldrums, I know they'd be happy to send some work back my way as well. We trust each other, we like each other, and we're all constantly learning from each other. People talk about freelancing as an inherently lonely business, but I'm a heck of a lot less lonely knowing that these three amazing people have got my back.
Posted by Mirabai Knight at 5:15 PM