It's been a long time since I've posted a "what's in my bag" update. Back in 2012, I wrote a post as part of my CART Problem Solving series called Schlepping the Gear. At the time, I was using a Tamrac 5550 photo backpack. Since then, I've gone through a Lowepro DSLR Video Fastpack and a Burton Performer Elite Duffel Backpack. The Lowepro was nicely compact, but a bit too small to carry everything I wanted, and the Burton was massive, but far too long and floppy to be at all practical as a daily backpack.

Just as my Lowepro's zippers were gasping their last, I was fortuitously contacted by Christopher of Bagbot. We originally talked about the possibility of me commissioning a custom-designed steno bag from him, but then he pointed me to the Mission Workshop Vandal and said that it seemed to fulfill most if not all of my stated requirements. I bought one and have been using it for a little under a week, taking notes the whole time. I might send it to him for additional customization once I've collected enough real-world usage data, but even out of the box it's a far better solution than anything I've used before. Here's a captioned video of me showing off everything I've been lugging in it for the past several days.

I had to wrap up the video in a bit of a hurry because the university's AV guy suddenly walked into the room I was using, so I forgot to mention the two front pockets: 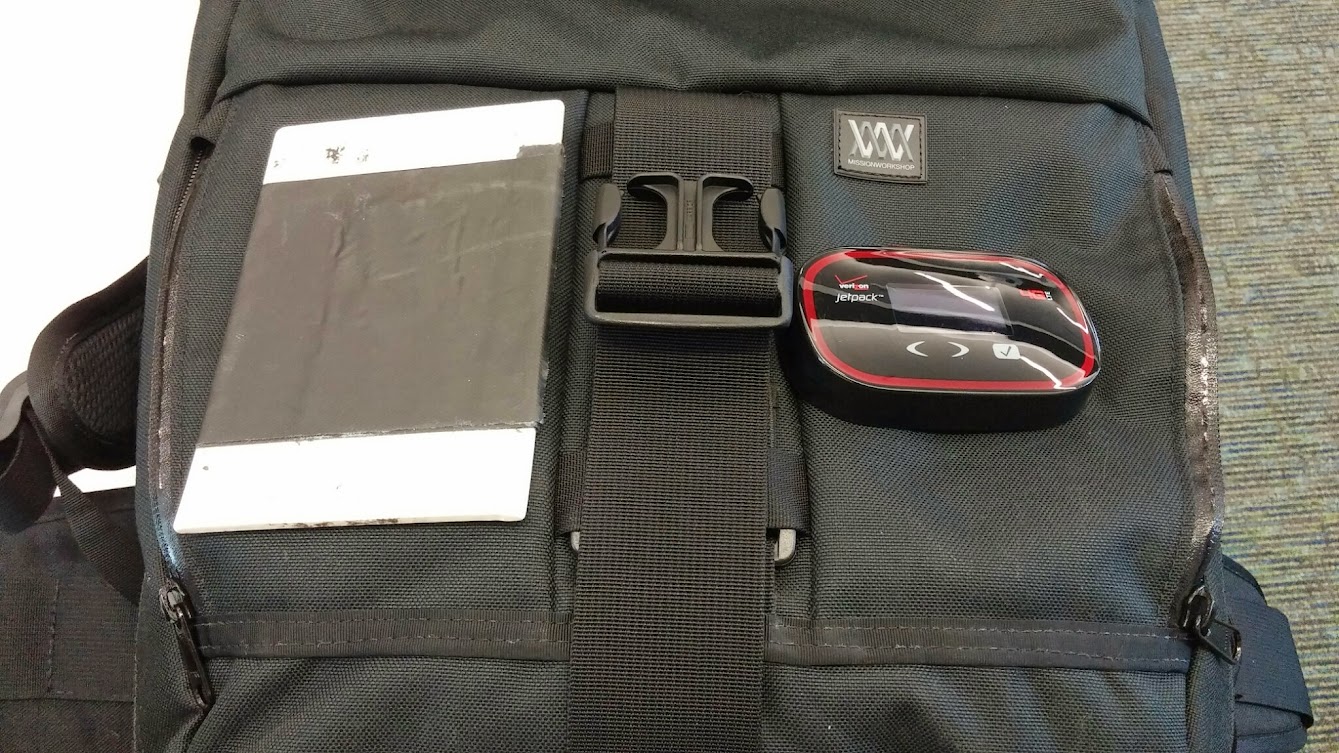 They contain a flat spool of gaffer's tape and my 4G hotspot.

Anyway, if you have any interest in acquiring a new bag, I highly advise checking out Bagbot. It's a fantastic resource, and Christopher is a ridiculously helpful and knowledgeable guy. It's a massive relief to have a functioning bag again, after several frustrating weeks. I'd recommend the Mission Workshop Vandal to anyone with a ton of gear to haul who wants a durable, flexible, relatively compact bag with a huge amount of potentially expandable space.

If you don't have any steno gear to haul, check out this dude using it for his groceries. (Soundtrack is instrumental music only; captions not required.)